What is Virus Signature – How It Look and Work [Full Guide]

A virus signature is a hash or algorithm uniquely identifying the specific virus in the antivirus world. It is alternatively called the virus definition. In simple terms, it is the fingerprint of the virus. It is usually a set of unique data or bits of code allowing it to be identified easily. Almost all the leading antivirus software utilizes the virus signature to locate the virus in the computer file system. It helps detect, remove and quarantine the virus and makes your system safe to work.

Antivirus software performs frequent virus signature and updates. These updates are mandatory for the antivirus software to detect and remove new viruses easily. In the computer world, new viruses are being developed and released regularly. Therefore, it forces the antivirus software to update often. Or else it does not provide the best virus detection service for the users. Do you want to know more about the virus signature? If yes, scroll down your eyes. You can also get help from our support team through Live Chat and by calling +1 (855) 625-8271

How Does A Virus Signature Work?

As said earlier, a virus signature is a hash or an algorithm. It is nothing but a number derived from the text string. It is widely accessed to find specific malware and viruses. Many antivirus solutions rely on signature-based detection technology to find these viruses. It is one of the popular techniques involving accessing the predefined repository of signatures, called threats. All threats are different from one another. But, the following process remains the same. It explains the exact working method of virus signature.

Scanning Antivirus scans and monitors several locations within the device, such as hard drives, RAM, and registry.

As soon as the antivirus detects the identifiable virus pattern, it compares the same pattern with the repository of the virus signatures. Whenever a match is found, the software accordingly categorizes the potential threat.

At last, the antivirus will take the necessary measures, such as temporarily disabling the files and removing the infected files. Thus, the user devices will remain safe and let them access them without worry.

Even though signature-based detection has been used for a long time, it is not enough to combat newer versions of viruses and malware code released regularly. So, it becomes mandatory to use other upgraded methods such as heuristic monitoring and sandbox detection to detect the newer threats and enhance defensive measures. But, the basic working of the virus signature remains the same.

A virus signature may be a static hash according to the type of scanner being accessed. It is the numerical value of the snippet of code unique and specific to the virus. Or, the algorithm may be behavior-based, but it is less common. For instance, this file often tries to do something questionable. If it finds something suspicious, it prompts the users to decide. Finally, a virus signature may refer to a signature or DAT file according to the antivirus vendor you engage on.

A single signature is more consistent with a large number of viruses. It lets the scanner detect new viruses that it has never witnessed before. This kind of ability is referred to as either generic or heuristics detection. The generic detection is less likely to be useful and effective against the new viruses and more efficient at finding the new members of the already-known virus family. Here, the virus family indicates the collection of viruses sharing many similar characteristics and some of the same code.

Also Read:- How to Disable Quick Heal Antivirus on Windows 10

How To Update The Virus Signature Database

When a new virus is identified that is not detectable by the existing virus signature or is unable to be removed appropriately due to its inconsistent behavior with previously known threats, a new signature should be created. The antivirus vendor will spend time creating and testing the new signature. Once it is available, they push out the signature to the customers in the form of signature updates. As mentioned before, you should use this update to add the detection capability to your scan engine.

It helps you to enjoy the best real-time protection from viruses and malicious codes. In some instances, a previously rendered signature may remove or replace with the new one to render better overall detection. According to the scanning vendor, the updates will be offered daily, weekly, or hourly. Thus, you need to check your antivirus software for updates to maintain the topmost level of protection. Based on the antivirus you use, the vendor will release the new signature in patches. You need to download and install the software for maximized protection.

The virus signature is the traditional security methodology accessed by the signature-based detection antivirus so far. Here, you will get enough insight into the virus signature and how it works. Even though it cannot find and remove newer threats in real-time, it offers the best protection. Moreover, the vendors will provide updates to make the detection of new viruses easier. So, you can utilize those updates and enjoy the best protection.

How To Remove Ransomware Encrypted Files [Recover Files] - Antivirus Support · September 8, 2022 at 10:40 am 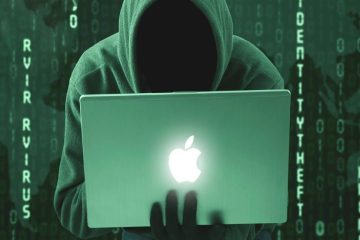 How To Safely Remove Malware From Your Mac

Is your macOS affected by the malware? Read this blog to learn how to remove malware from your mac. Keep your macOS secure from malware. Remove ransomware encrypted files to keep your files safe. Read the methods to remove and decrypt ransomware files from your device. How To Scan Emails For Virus [Easy Steps]